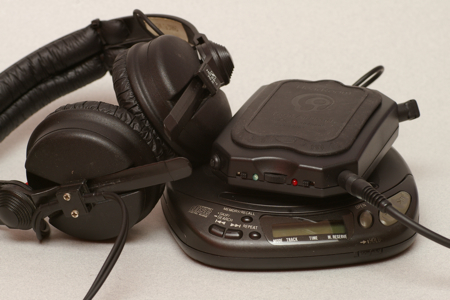 A while ago an old friend of mine came to me to find out more about portable CD players (PCDP) and portable headphone amplifiers. He is a long time audiophile of very very high standard. Due to his recent frequent overseas traveling on long distance flight, he was looking for a good headphone, and a portable hi fi system of high audiophile standard. I took out that night whatever I had and let him tried out. After a night’s of testing, to my surprise he wanted a Sennheiser HD 650! While using HD 650 as a portable headphone probably did not make sense. However, this friend of mine was traveling first class and thus he would have plenty of space for a HD 650. I let him tested the very good Sennheiser HD 25-1 professional DJ headphone with isolation and the very portable Sennheiser PX-200. His final decision was still HD 650.

OK, so it was set for the headphone. Next was to test my Sound Devices HX-3 headphone amplifier. Very obvious to him a headphone amplifier was critical to bring out the full potential of HD 650. Being a very busy person, I then lent him many of my vintage PCDPs,   the HX-3, and few mini-to-mini interconnects for him to try at his own time.

So for many months I had been traveling on MRT (underground trains) with just my trusty HD 25-1 and vintage PCDP without headphone amplifier. One day I had a GAS attack and was thinking of getting a more portable headphone amp to try. I much prefer headamp using AA or AAA cells as I find 9V battery kind of troublesome. I know in the audiophile world many of the portable headamp circuits are designed based on 9V voltage input, some even go with 2 9V batteries. Besides, many new generation of headamps have the rechargeable batteries build into the amp, and I much prefer rechargeable batteries that I can replace easily myself. Also many modern portable headamps are made of very good quality material and components that make them quite expensive.

So not wanting to spend too much I decided to get the US made Headroom Total AirHead portable headphone amplifier. Headroom is a well know brand in headphone circle, designing and selling headamp under its own brand and is a internet seller. Headroom also sells almost all brands of headphones, you name it. As they do not have a local agent in Singapore, I believe in Singapore there are not many users of Headroom products. Headroom sells various headamp of different price range, from US$99 to $2000. For me I chose the AirHead headamp, which is run by 4 AAA batteries. 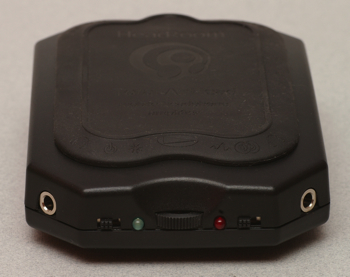 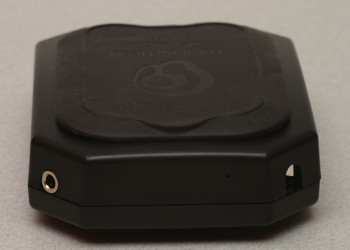 Total AirHead is very portable. The body is made of hard plastic, and the battery cover is made of soft rubber. The front of the headamp has 2 headphone output at both sides. On the left is the on/off switch with a green LED, and on the right a crossfeed selection switch and a red LED. Right at the centre is the volume control. The red LED is to indicate headphone power clipping, and at the same time doubles up as low battery voltage indicator. On the centre top side near the front of the headamp there is a gain selection switch. 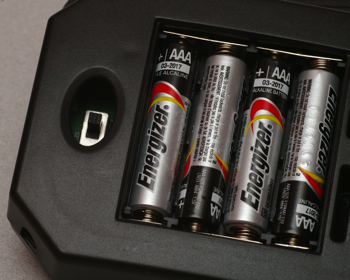 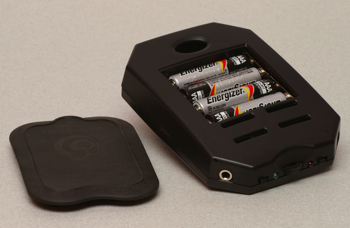 Cross feed is a headphone listening function where some of the signals from the left channel is fed to the right channel and vise versa. The idea is to create a listening condition like that of listening to a pair of stereo speakers. My home headphone amplifier Corda HA-2 has the same function. To me I could not hear any significant  differences and has not been using the cross feed function. For some people they feel that cross feed listening will reduce hearing fatigue. 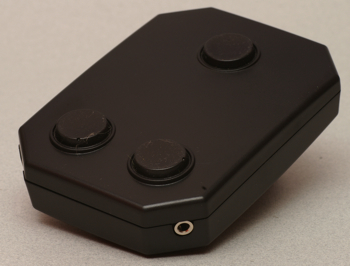 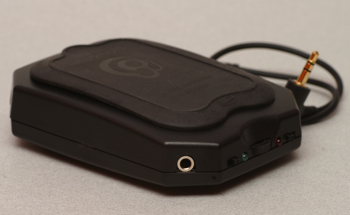 I tested the Total Airhead with one of my vintage PCDP Technics SL-XP 290. The difference between using PCDP headphone output and using line-out with headamp has significant different. So to use the Total Airhead to drive the Sennheiser HD 25-1 is still a better option. Sadly these vintage PCDPs can go dead any time due to old age. Luckily I still have a good collection of them so quality PCDP music will be still available to me for a long time.
Well, maybe I should do a brief comparison between the Sound Devices HX-3 headamp and the Total Airhead Headamp. Both are designed and made in USA. HX-3 is designed for professional outdoor filming crews, providing three headphone output probably for the film director, the recording crew and one more filming staff. The amplifier casing is made of solid aluminum metal. The circuit design is also very robust to ensure reliability against misuse and human errors. HX-3 is using only 2 AA batteries that for my case can only last 1 to 2 weeks of listening (with about half to 1 hour per day). Interestingly the power LED has 3 states:  green indicating good battery state, yellow indicating low power and red indicating not sufficient power. In very low listening volume the HX-3 exhibits some level unbalance between the left and right channel. Total Airhead being low cost in objective, the design probably is more straight forward. At low volume there is no noticeable channel volume unbalance. But when switching on and off Total Airhead there will be a slight ‘pop’ sound heard in the headphones, which is not there for HX-3. The HX-3 is larger and heavier than the very portable Total Airhead.

After using the Total Airhead for few months, I am very please with its performance. However, as it is a bit fragile compared to the HX-3, I have to change the headphone cable connector from the 1/4 in jack back to the original HD 25-1 headphone cable with mini-jack. I also set the gain switch to high and find with that I get more punch from the HD 25-1.

If you are considering a low cost headphone amplifier, and you much prefer AA or AAA batteries, I would think you can consider the Total Airhead option.