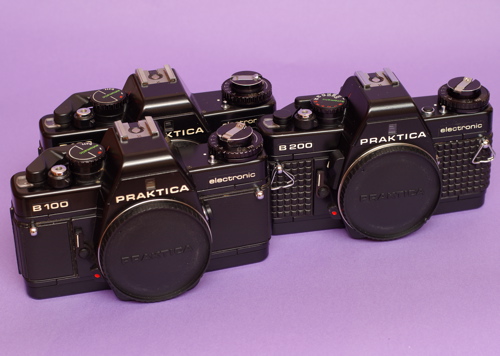 B100 and B200. Note the different leatherette, which was available
for both B100 and B200, not for users' choice but due to different production batches.
Note also the metallic rewind cracks were used.

The first generation bodies were the B100 and the B200.

The B100 metering was match needle type and view finder had no LEDs. Shutter speed indication covered full shutter speed range. Top shutter speed was a modest 1/1000 with a mechanical speed of 1/60. However, individual shutter speed selection was not possible. Aperture indication was through a small aperture window located at the bottom centre of the view finder. The bodies came with single-pin hot shoe and also flash sync socket. There were a self timer and depth of view stop down button. Manual setting of ASA with exposure override. Shutter release was lockable. There was provision for external winder.

B200 was the same as B100 but metering had changed to LEDs and full manual mode was possible with aperture priority automatic mode. 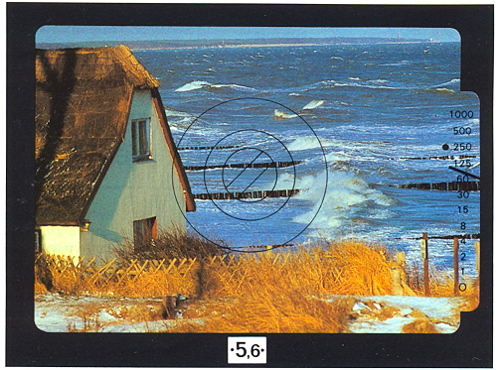